How to Gameshare on Xbox One, Xbox One S & X [DETAILED GUIDE] Summary: Today in this article I am going to explain how to share your Xbox One, Xbox One S and Xbox One X video games with friends and family via Gameshare. So, stay here and read the complete article and learn how to gameshare on Xbox One we have got all the details.

Gamesharing is the process of giving friends or family members unlimited access to your Xbox digital games. This is surprisingly one of the most amazing secrets of consoles.

Despite the fact, after the release of Xbox One generation, Microsoft handles lots of criticism. But gamesharing is one thing that could save your money and allow you to play more games.

Well, if you are having a friend or a family member you can share your entire game library with that person and allow both of them to play each game simultaneously.

Please Note: You can share Xbox Live Gold Account games via gamesharing as well as the email related to your Xbox accounts and matching passwords.

But first, learn some of the important things before using the gamesharing feature.

Some Vital Points You Need To Know Before Gamesharing

Undoubtedly gamesharing is surprisingly amazing but also has some restrictions and risks as well. So before opting for gamesharing, here have a look at some downsides and potential risks:

So, these are some limitations and downside of the game sharing on Xbox One consoles. Now learn how to share your Xbox 360 and Xbox One video games with friends and family via the Gameshare

How to Use Gameshare on Xbox One?

Well, the process is simple so follow the steps given to share your Xbox One games library with a friend or a family member:

Now your friend’s Xbox profile is on your Xbox One, but now you need to follow one more step before getting their games completely.

As this was done by any of you, the other person needs to do the same for another account.  And at the end of the process, Xbox One will be set up with your friend’s account.

How to Share Xbox Live Gold Membership With a Friend?

As said above you can also share the Xbox Live Gold membership with your friends or any other person. And the above-given steps will allow you to share a single Xbox Live Gold Membership.

But it is of no use as when you share one person’s Xbox Live Gold membership, an Xbox One games obtained through Games with Gold will no longer payable if the account that obtained them is no longer Gold level.

So, if looking to share then make sure our partner is also having the Xbox Live Gold membership otherwise it worth nothing.

Well, this is all about how to gameshare on Xbox One.

Does Game Sharing on Xbox One Work With all Games?

The answer is NO when it comes to gamesharing on Xbox One, there aren’t many games. When you gameshare with a friend you have access to their entire games, even titles from subscription services, but you don’t have access to the trials, the part of EA Access.

The games integrated into the EA Access Vault, as part of Game Pass and Games with Gold were all playable through gamesharing.

How does Gameshare Work on Xbox One?

The process is very simple, just put gamesharing let you access a friend’s Xbox One game library on your own system. And anyone signed into Xbox One can have access to the entire library of digital games on that console. But, other accounts on the game system could not play those games.

How many times Can I GameShare on Xbox?

Five times each year! You can gameshare or change which console is your home Xbox five times per year.

Is gamesharing on Xbox safe?

Yes, it is completely safe.! But you need to make sure the person with whom you are gamesharing is trusted, as this gives complete access to others in your account. And the person can purchase through your account in Xbox Store.

What happens if I stop gamesharing?

How do I Stop Gamesharing on Xbox One?

To completely stop gamesharing you need to set your local console as your home console. And your console will now transmit this change across Xbox Live and remove any other console.

Now nobody can access or play the games you own.

Well there are plenty of reasons behind the gameshare not working on Xbox One such as:

Well, that’s all about how to gameshare on Xbox One and the related information you need to know about game sharing on Xbox One, Xbox One S and Xbox One X.

The gamesharing might seem like a con but it is really safe and possible to share your Xbox One digital game library with anyone you want.

And as a result, that person can sue your games on their Xbox One and you can play the game the person is playing.

Undoubtedly the game sharing on Xbox One is a great feature to get across plenty of the games, titles you want to play but is beyond your pay grades.

So, here I tried my best to list down the entire information that you need to know regarding the gamesharing feature and as well as how does Gameshare works on Xbox One.

Just read the article with apt attention and follow the steps share games on Xbox One, Xbox One S and Xbox One X with your friends, family vice versa.

I hope the article works for you and now you can easily use the gameshare feature on Xbox. Moreover, if facing any Xbox related issues or errors then read feel free to check our gaming hub. 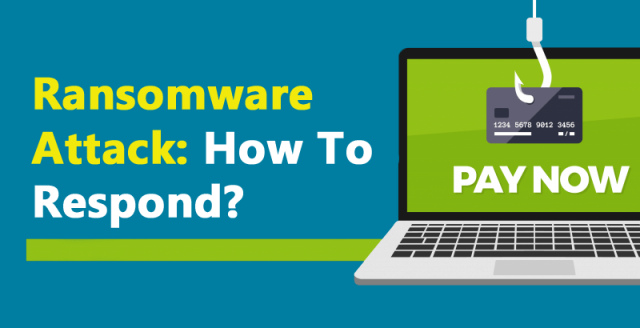 [7 Best Ways] How To Respond To A Ransomware Attack?