A Mt. Fuji disaster management council said Monday pyroclastic flows could sever major roads in the instance of an eruption of Japan’s tallest mountain, underscoring the need to review existing evacuation plans that use the roads.

In an interim report on a review of a Mt. Fuji hazard map, the council forecast flows of hot gas and volcanic matter could travel some 4 kilometers further than previously thought in Fujiyoshida, Yamanashi Prefecture, and 2 km more in Fujinomiya, Shizuoka Prefecture, after it analyzed 35 locations with steep slopes.

The reassessment meant that parts of the Higashifujigoko toll road connecting Yamanashi’s Fujiyoshida and Shizuoka’s Oyama, and Mt. Fuji Skyline road connecting Fujinomiya and Gotemba within Shizuoka, could be destroyed.

Mt. Fuji, some 100 km southwest of Tokyo, last erupted in 1707. At the time, eruptions continued for 16 days, leaving a layer of volcanic ash about 4 centimeters thick in locations in current-day central Tokyo.

The current Mt. Fuji hazard map was compiled by the central government in 2004, and the council has been seeking to update it within fiscal 2020 starting April.

The council consists of bodies including Yamanashi and Shizuoka prefectures, the two regions the 3,776-meter mountain straddles, and nearby Kanagawa Prefecture.

The latest report covered pyroclastic flows and small lava flows, and the council was expected to simulate medium- to large-scale lava flows by the end of fiscal 2020.

It also simulated lava flows from 92 potential crater locations using more detailed landscape data, and said the flows could hit downtown areas of Fujiyoshida and Fujinomiya within 24 hours of the eruption and even reach the Tokaido Shinkansen bullet train line and Shin-Tomei Expressway that connects Kanagawa and Aichi prefectures.

The council also said it has confirmed some 180 eruptions have occurred at Mt. Fuji over the past 5,600 years, with 96 percent considered small- to medium-size in scale.

Some 60 percent of the eruptions caused lava flows, but pyroclastic flows — destructive, fast movements of hot rock and volcanic ash — only occurred in up to 10 percent of the total cases, it said. 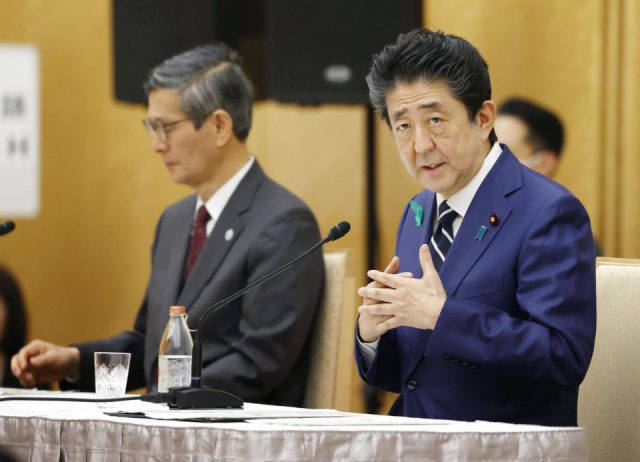