Prefectural governors largely welcomed Prime Minister Shinzo Abe’s decision Thursday to expand the state of emergency to the entire nation beyond Tokyo, Osaka and five other prefectures in the stepped-up fight against the coronavirus outbreak.

Meanwhile, the business sector criticized the move as coming out of the blue, concerned the impact from the pandemic will be even bigger on their operations, given the nationwide emergency declaration.

The declaration should raise awareness of the importance of avoiding nonessential outings and strengthened authorities under the declaration would help curb the virus spread sooner, prefectural governors said.

The expanded emergency state will play an important role in order “to end the spread in a short time by stopping people’s movement all at once,” said Ibaraki Gov. Kazuhiko Oigawa, expressing support for the decision. Ibaraki is located next to some of the prefectures put under the emergency.

“We’ve seen people coming from the metropolitan area. If it just targeted certain prefectures, people would just go outside of the areas,” he said.

Iwate Prefecture was also placed under the state of emergency, even though it remains the only one with no cases confirmed among 47 prefectures. Gov. Takuya Tasso said in a statement that the prefecture will “take appropriate steps to prevent the spread of infection.”

Abe issued the state of emergency for Tokyo, Osaka, Kanagawa, Saitama, Chiba, Hyogo and Fukuoka last week with Japan striving to contain the steadily increasing number of infections. More than 10,000 cases have now been reported in the country including about 700 from the Diamond Princess, a cruise ship that was quarantined in February near Tokyo.

After the declaration for the seven prefectures, the Kyoto and Aichi prefectural governments called on the central government to do the same for them.

“The declaration we’ve been waiting for will be in the act at last. I will do my work properly as more power and responsibility will be given,” Kyoto Gov. Takatoshi Nishiwaki said.

Under a special bill passed last month to cope with the spread of the novel coronavirus, once a declaration is made by the prime minister, prefectural governors have the authority to carry out specific measures, such as asking for school closures as well as event cancellations.

“We’re in tough times but this is a great chance. The next focus will be on whether activities by adults will stop,” said Saga Gov. Yoshinori Yamaguchi.

Yamaguchi said he will soon request that restaurants close but also urged the central government to compensate business operators that will follow the request.

Not all governors have agreed with the decision. Niigata Gov. Hideyo Hanazumi said a rise in the number of infections has remained at a certain level in the prefecture.

“I don’t understand why I’ll have to change what I’ve been asking of the citizens,” he said.

Department store operators are likely to become one of the corporate sectors that will see more serious impact from the decision.

A spokesperson at Isetan Mitsukoshi Holdings Ltd. said the department store company will have to review operations of its stores nationwide.

“The impact will be severe. We’re just at the mercy of government decisions,” said an official of another major retailer.

Hiroyuki Ikeda, a co-chairman of the Kansai Association of Corporate Executives, a regional business association in western Japan, said the decision is “too late” and the government needs to provide support to businesses in a timely manner. 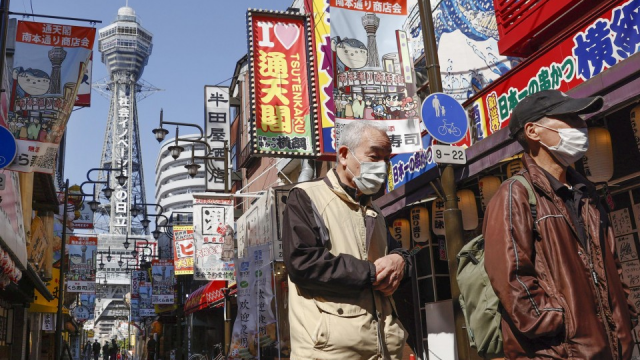 State of emergency a heavy blow to consumption, production in Japan