A Japanese infectious diseases expert has called for society-wide mobilization to make the best use of currently limited coronavirus testing resources, saying swifter testing of individuals suspected of infection is needed to ensure they receive timely treatment.

Currently in Japan, people can take tests when doctors suspect they have virus symptoms — an approach some medical experts at home and abroad have criticized for not being aggressive enough.

But for Norio Omagari, director of the Department of Infectious Diseases at the National Center for Global Health and Medicine in Tokyo, who opposes testing people with no symptoms for fear of overburdening the health system, much more needs to be done even within the current testing parameters to ensure all people who need checks for the virus get tested quickly and smoothly.

“Developing a system that allows swift testing of people who really need it, such as those who will require hospitalization for treatment, is essential,” he told Kyodo News in a recent interview.

While about 80 percent of patients of COVID-19, the respiratory disease caused by the new coronavirus, only develop milder symptoms, the remaining 20 percent require hospitalization, often taking a turn for the worse very suddenly.

COVID-19 preys particularly on the elderly and people with underlying health conditions, including those with hypertension, diabetes and cancer. Smokers, found more among men than women, are also more susceptible than nonsmokers to developing serious respiratory problems linked to the disease, according to Omagiri.

“In battling the infection, our priority is to stop people dying or becoming gravely ill,” Omagari said.

To achieve that goal, he is calling for society-wide cooperation, saying improvements are needed in a variety of areas including informing individuals of how and where they can get tested, increasing testing manpower, and marshalling logistics to transport a large amount of specimens.

Omagari also warned that baseless fears of contracting the disease and social stigma can sometimes obstruct healthcare services at hospitals and the conducting of tests for the virus.

“I can see such behavior is based on unscientific beliefs in many cases,” he said, referring to reports he had heard of difficulties in finding firms to transport testing specimens.

“Unless we alleviate bottlenecks in all those areas, the number of test takers will not increase,” Omagari said, suggesting that as the virus spreads, a number of individuals who need testing and treatment might be overlooked unless the testing infrastructure is overhauled.

As part of the effort to prioritize treatment for patients with severe symptoms, the health ministry has asked prefectural governments across Japan to consider securing hotels or preparing facilities to accept those who have tested positive but have mild or no symptoms.

Tokyo Gov. Yuriko Koike said the metropolitan government, which has already started to transport such patients to designated facilities, aims to secure 1,000 rooms for patients with mild or no symptoms.

The Tokyo metropolitan government confirmed a total of 2,446 coronavirus infections as of Wednesday, including 53 deaths. The number of cases reported nationwide has topped 9,400, including over 190 deaths.

While some countries like South Korea and a number of European nations have opted to conduct a large-scale testing, the number of tests has remained relatively low in Japan.

The figure hovered between 1,000 and 2,000 per day from early March, when national health insurance coverage for testing began, before rising to nearly 4,000 in late March and reaching a high of around 7,000, according to health ministry data.

That number compares with Japan’s current testing capacity of 10,000 cases per day, which Prime Minister Shinzo Abe has vowed to raise to 20,000.

“We can’t predict yet when the outbreak will peak (in Japan). It may subside for a while, but we don’t know whether a second or third wave of infections will come,” Omagari said, noting uncertainty over how the virus will behave from now on, including the influence of warmer weather and age factors.

“We have to continue battling for the time being,” he said.

Infectious disease experts like Omagari have recently become alarmed at the rise in the number of infections with unidentified routes of transmission around the world, which suggests people with mild or no symptoms are playing a key role in contributing to the spread of the virus.

U.S. experts including Robert Redfield, director of the Centers for Disease Control and Prevention, told media recently that COVID-19 patients are considered infectious 48 hours before symptoms begin, while in some cases no symptoms develop at all.

Omagari’s most prudent advice: people should avoid going out for the time being to lower the risk of further spreading or contracting the virus.

“In cases where the majority of infected people have mild symptoms, the disease becomes highly transmissible as those people, unaware they are infected, remain active and travel about,” he warned. 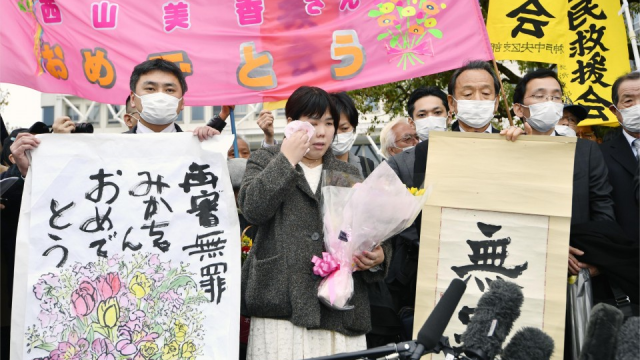