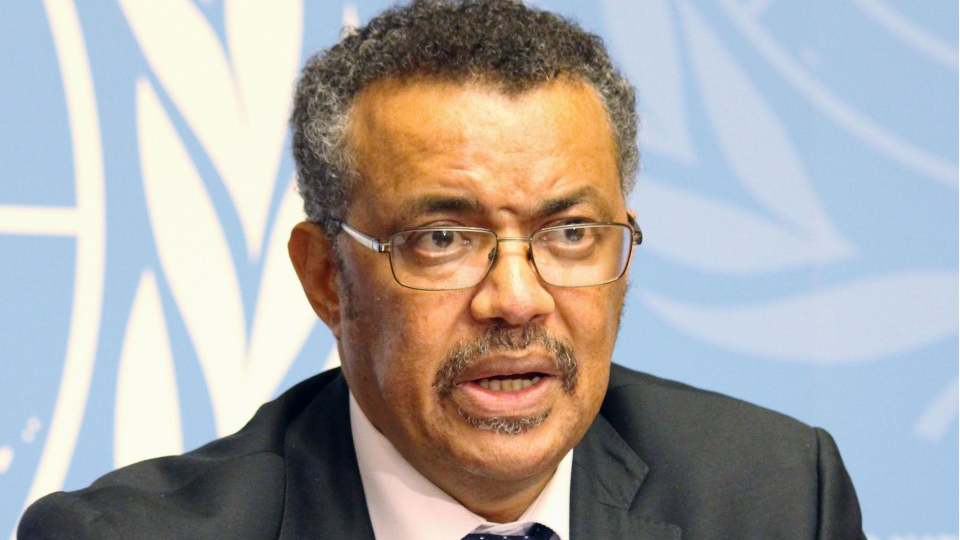 The head of the World Health Organization said Monday he wants to make preparations with Japan for the “success” of the Tokyo Olympics and Paralympics in telephone talks with Prime Minister Shinzo Abe.

WHO Director General Tedros Ghebreyesus expressed his support for Japan’s agreement last week with the International Olympic Committee to postpone the 2020 Summer Games for about a year due to the coronavirus pandemic, after Abe briefed him on the delay, according to the Japanese Foreign Ministry.

Abe was quoted as telling Tedros that Japan is determined to hold the Olympics in a “complete” way and show that humankind has won the battle against the new virus. A complete games is taken to mean there should be spectators and no scaling down.

The first telephone conversation between Abe and Tedros came as the Olympics will be rescheduled for July 23 to Aug. 8 in 2021.

During the roughly 45-minute talks, Abe and Tedros also agreed to continue to cooperate over the coronavirus response and the development of drugs to treat COVID-19, the illness caused by the virus, according to the ministry.

Abe told Tedros that the development of treatment drugs and vaccines is important to stem the virus, saying Japan is ready to work with other countries in promoting clinical tests of the anti-flu drug Avigan, it said.

Japan is moving toward approving Avigan’s use for COVID-19 patients following cases in which the medicine has proven effective.

Tedros responded that the WHO hopes to comprehensively advance development of treatment drugs and vaccines.

The number of new coronavirus infections in the world has topped 700,000 with over 30,000 deaths since the outbreak began in China late last year. Japan has reported over 2,600 cases, including about 700 from the Diamond Princess cruise ship that was quarantined near Tokyo in February.

Japan is seeking to prevent an explosive surge in infections that could prompt Abe to declare a state of emergency, with rapid rises in urban areas, especially Tokyo.

Residents in Tokyo were asked to stay home over the weekend and those in neighboring prefectures were told to refrain from going to the Japanese capital.

There was no mention of a state of emergency declaration in Japan during the Abe-Tedros talks, according to the ministry.

Earlier in the day, Chief Cabinet Secretary Yoshihide Suga dismissed the view that the telephone conversation would be a prelude to an emergency declaration in Japan.