A total of 197 new coronavirus cases were confirmed in Tokyo on Saturday, a record daily increase for the fourth straight day, the metropolitan government said.

The figure topped the previous record of 189 marked Friday, bringing the total number of infections in the capital to more than 1,900.

Of the 197 infections confirmed Saturday, 152 or 77 percent had no clear infection routes, a metropolitan government official said. There were no deaths reported, and none was seriously ill.

On April 4, the daily rise in coronavirus cases in Tokyo topped 100 for the first time.

Japan has declared a state of emergency in Tokyo, Osaka and five other prefectures, urging residents to refrain from nonessential outings and some businesses to shut in a bid to prevent further escalation in the pandemic.

The latest figure for the pneumonia-causing virus infection in the capital comes as these prefectures entered their first weekend under a state of emergency.

Nationwide, infection cases rose by more than 710 to over 7,600 including about 700 from the Diamond Princess, a cruise ship that was quarantined in February near Tokyo. The death toll stands at 144.

On the same day, Prime Minister Shinzo Abe extended his request to all governors of all 47 prefectures to ask their residents to refrain from visiting nightclubs, hostess bars and busy downtown spots in a push to prevent cluster infections of the novel coronavirus.

Japan to extend calls to avoid nightclubs, bars to all prefectures

Japan starts 1st weekend under state of emergency over virus 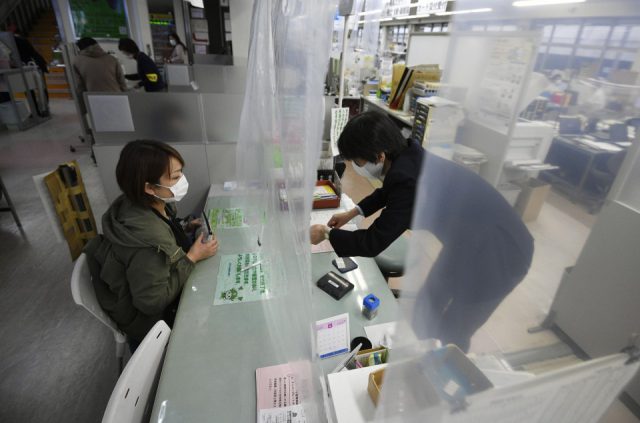