A small plane chartered to carry out a medical evacuation to Tokyo caught fire at Manila’s international airport on Sunday night, killing all eight people aboard, police and aviation authorities said.

The aircraft was carrying six Filipinos, including a nurse and a doctor, as well as a Canadian patient and one American companion, according to Philippine Red Cross and other sources.

The plane was heading to Japan to allow the patient to receive medical treatment as major medical institutions in the Philippines have stopped accepting new patients due to the spread of the coronavirus, according to the sources.

Scheduled flights in and out of Manila have been severely curtailed due to the government refusing entry to all foreigners to stem the spread of the virus.

According to aviation authorities and other sources, the plane appears to have run into a technical problem at the end of a runway while it was taxiing for take-off. After the incident, the runway was closed temporarily but reopened Monday morning.

Japan to ban entry from United States, China, South Korea, most of Europe

South Korea to impose mandatory quarantine for all arrivals from Wed. 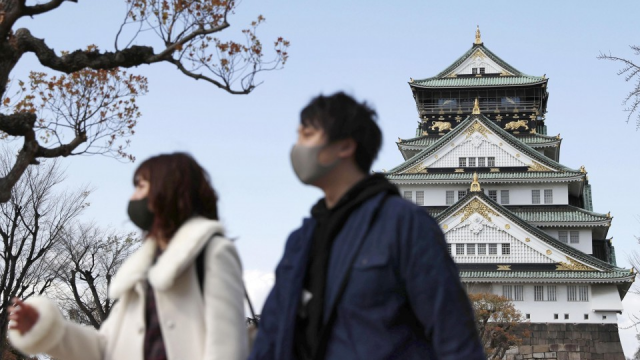