Athletes playing team sports are obviously at risk, but Japanese karateka Ken Nishimura is one of the lucky ones who can continue training despite all the coronavirus disruption going on around him.

Nishimura, who competes in the 75-kilogram division, normally trains in the western prefecture of Osaka, one of seven prefectures covered by the central government’s first state of emergency declaration on April 7.

(Ken Nishimura, red, of Japan and Rafael Aghayev, blue, of Azerbaijan compete in the Men’s Kumite -75kg final on day three of the Karate 1 Premier League at Nippon Budokan on Sept. 8, 2019 in Tokyo, Japan.)[Getty/Kyodo]

Because he has been unable to use the facility at his alma mater Kindai University, nor Naniwa Gakuin high school where Japan head coach Kenichi Imai coaches, Nishimura drives to the neighboring prefecture of Kyoto to keep his training schedule on track.

Two or three times a week, Nishimura travels to a dojo owned by the parents of Ryutaro Araga, a fellow kumite karateka who competes in the over-75 kg division. There, the pair are also joined by their sparring partners.

“Now karate has become fun again,” Nishimura said with a sense of irony as he feels time without the sport has allowed him to reignite his competitive spirit.

According to Imai, who visits the dojo when time allows, the four athletes meet in a relaxed training environment where “there’s a lot of laughter and small talk,” and go over the basics rather than advanced techniques.

Imai is wary of the optics, though, and says his athletes need to understand that training during a time when people are advised to maintain distance comes with risks.

“The responsibility to train under the (coronavirus state of emergency) circumstances rests with the athletes, and coaches can’t get involved,” he said.

“They have to be sensitive about how they are seen by others and be careful not to become targets of public attack.”

But the 24-year-old Nishimura, who proved himself on the international stage with a bronze at the 2018 world championships in Madrid, has to keep training.

He punched his ticket for the Tokyo Games last December through Karate 1 Premier League, an Olympic qualification tournament in Madrid.

Had things gone according to plan, he would have traveled to places like Iran and Russia, both powerhouses in karate, for his final preparations before his sport makes its Olympic debut in Tokyo.

The ongoing coronavirus crisis has thrown those plans into chaos, but now that he has more time to strategize for his home games, Nishimura has been studying his opponents, going over data put together by Japan’s Olympic analysis team.

The data includes characteristics and tendencies his opponents have when faced with techniques that proved successful for Nishimura in competitions over the past year.

“I have to go through another year of tough training,” Nishimura lamented one day during practice, speaking his mind to his coach Imai following the announcement that the Summer Games would be pushed to 2021.

With sports on pause, coaches are putting the wellbeing of their athletes first, while athletes are having to learn to get comfortable with the unknown.

“What I’ve got to do doesn’t change. I’m going to make every day special,” Nishimura said. 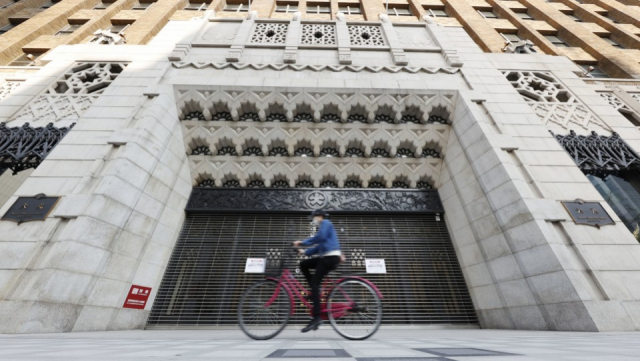