Five Japanese chefs came together and put their skills to work on Sunday to show their appreciation for the staff of a hospital in Dijon, France, who are working to save lives during the coronavirus pandemic.

Takashi Kinoshita, 40, head chef at the hotel and restaurant Chateau de Courban in the Burgundy region, took the initiative to cook for the approximately 100 medical professionals as he looked to chip in to support their fight.

After consulting the owner of his eatery and the local hospital, he decided to sharpen his knives and get to work preparing some fine dining options for the hard-working hospital workers.

Local producers and suppliers donated free ingredients to the first effort on March 29 which also saw 36-year-old Sae Hasegawa, the head dessert chef at the eatery, getting involved in feeding the hungry hospital staff.

The move garnered attention from Burgundy restaurant owners Tomofumi Uchimura, 40, Keigo Kimura, 43, and Keishi Sugimura, 43, who decided to participate the second time around.

After supplying the first batch of food, Kinoshita received numerous phone calls and messages from grateful doctors and others thanking him.

He will continue to provide food every weekend at the hospital and plans to do the same for other hospitals in the area.

“We have been frustrated that we are unable to cook since the restaurants are closed. So we’re happy to express our gratitude and be of some assistance,” Konoshita said. 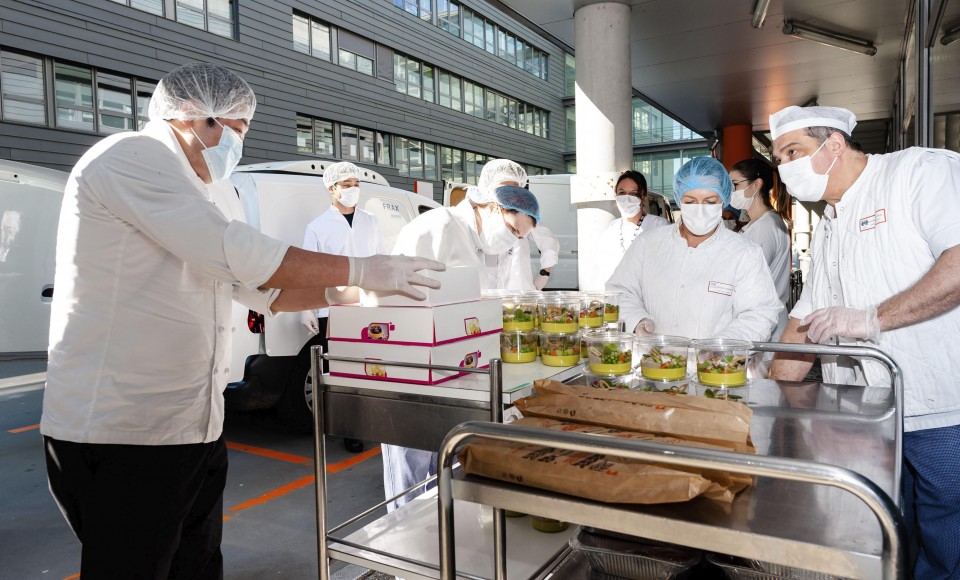 (Japanese chef Takashi Kinoshita, left, and others deliver food to a hospital in Dijon, France, on April 5, 2020.)
[Courtesy of Lionel Dupouy/Chateau de Courban] 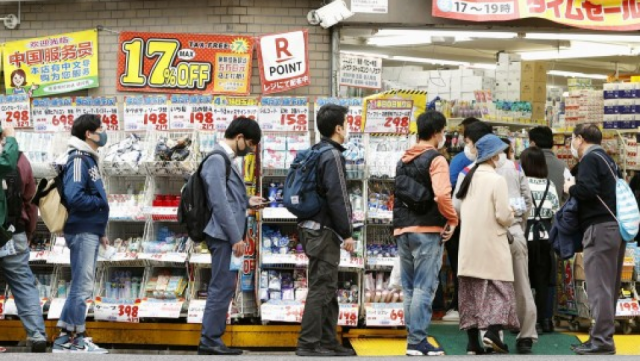