A Japanese court on Tuesday acquitted a former assistant nurse who was convicted of murder and spent 12 years in prison after the 2003 death of a patient, saying at the conclusion of her retrial it is highly likely the man died of natural causes.

Mika Nishiyama, 40, was exonerated by the Otsu District Court, with Presiding Judge Naoki Onishi saying there was “no foul play” in the incident and that the 72-year-old patient could have suffered “a fatal irregular heartbeat or a lack of oxygen after not having his sputum sucked out.”

“I’m very happy. My parents shed tears of joy,” Nishiyama said at a press conference in Otsu, the capital of western Japan’s Shiga Prefecture. She celebrated the ruling by taking the hands of her 69-year-old mother Reiko, who was seen sobbing at the courthouse.

Her supporters who had waited outside the court building broke into applause when her defense counsel held up papers showing she was found “not guilty.”

She was convicted in 2005 of killing the male patient by removing his respirator at a Shiga hospital. But in the retrial, prosecutors did not contest new evidence presented by her defense team including a doctor’s opinion that pointed to arrhythmia as a possible cause of death.

Her acquittal will be finalized if the prosecutors do not appeal the ruling within 14 days. Nishiyama’s defense team urged them to waive their right to appeal immediately so her not-guilty verdict will stand. 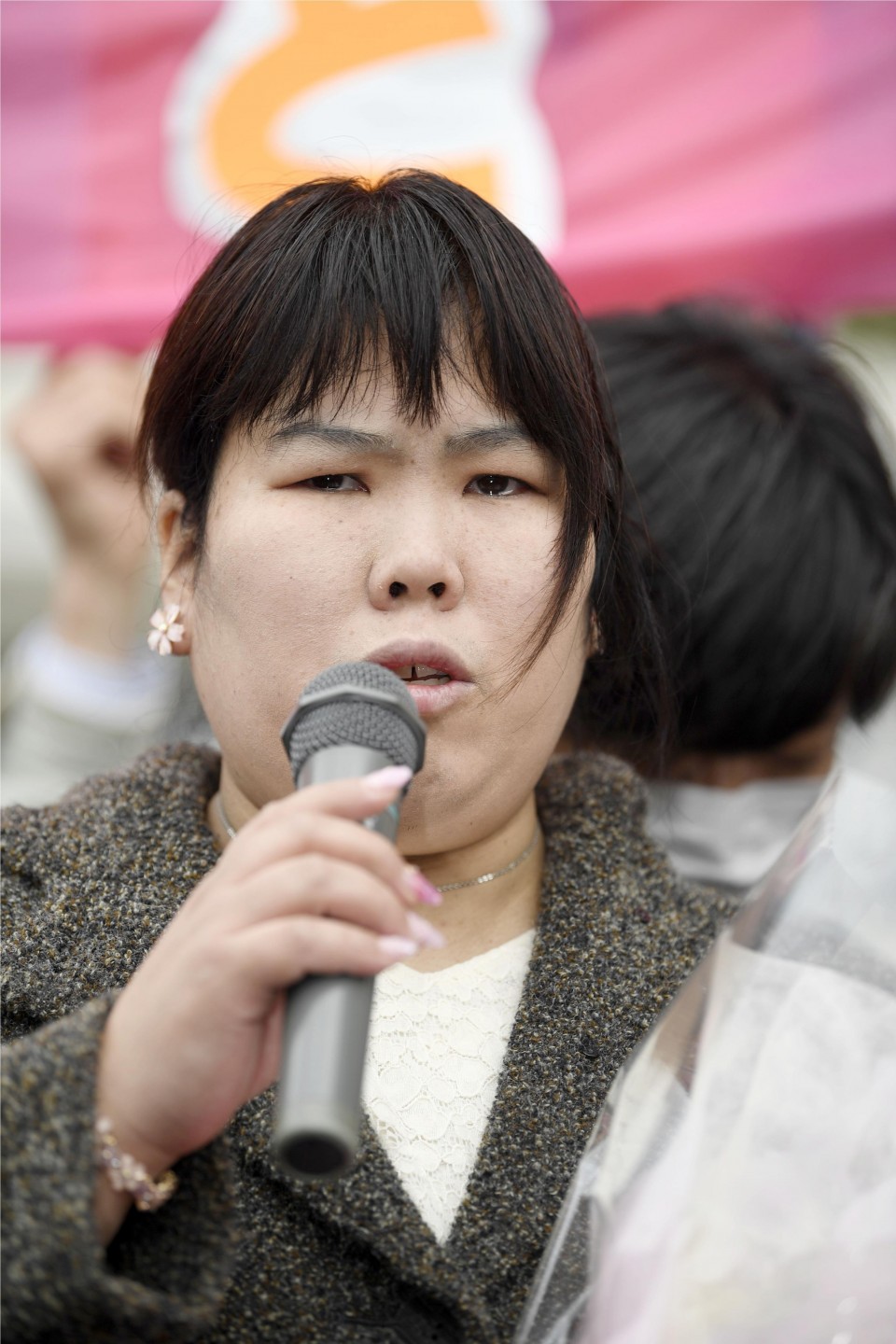 Nishiyama was indicted after admitting to killing the patient under police questioning in 2004, but she later retracted her confession, saying she had been coerced by investigators.

She pleaded not guilty in subsequent court proceedings, but the Otsu court ruled her confession credible and gave her a 12-year jail term in 2005 — a decision upheld by the Supreme Court in 2007 — which she served out in August 2017.

Tuesday’s ruling said Nishiyama’s confession was unreliable as her statements on a key point of whether the alarm of the respirator continued to ring changed drastically.

It also pointed out that an investigator used the fact Nishiyama, who has a mild intellectual disability, had developed romantic feelings toward him to coerce a confession that matched circumstantial evidence.

The court’s judgment was in line with arguments made earlier by her defense counsel.

“(The investigator) wielded a strong influence over her and controlled her statements,” said the judge. “We cannot rewind the time, but this case has raised a big question over how criminal justice works (in Japan).”

Nishiyama sought a retrial in 2010 and in December 2017 the Osaka High Court ordered the case be reheard, saying the patient may have died from natural causes based on new evidence submitted by the defense team.

The retrial began in February after the Supreme Court endorsed the Osaka High Court decision in March last year.