The International Monetary Fund said Thursday that it expects the coronavirus pandemic to bring about the worst economic fallout since the Great Depression while urging governments around the world to prioritize containment and healthcare measures before shifting their focus to the economy.

“It is already clear…that global growth will turn sharply negative in 2020,” IMF Managing Director Kristalina Georgieva said ahead of the annual spring meetings of the IMF and the World Bank, as well the release of the World Economic Outlook report next week.

The meetings will be held in virtual format instead of in-person due to the coronavirus outbreak, which has killed around 90,000 people worldwide, shuttered businesses and confined people to their homes to contain the highly contagious disease.

Just three months ago, the IMF was projecting global growth to be 3.3 percent this year. The global economy has not contracted since 2009, when it shrank by 0.1 percent amid the peak of the global financial crisis following the collapse of Lehman Brothers the previous year.

Georgieva said capital flows from emerging markets, seen as risky by investors during a crisis, totaled about $100 billion in the last two months, more than three times larger than for an equivalent time span during the global financial crisis.

External financing needs for emerging markets and developing countries are expected to reach into the trillions of dollars, of which they will only be able to cover a portion on their own.

The IMF chief said she believes a “partial recovery” of the global economy is possible if the pandemic fades in the second half of 2020, allowing a gradual lifting of containment measures and reopening of the economy.

“But again, I stress there is tremendous uncertainty around the outlook — it could get worse depending on many variable factors, including the duration of the pandemic. And crucially, everything depends on the policy actions we take now,” she said.

Among the encouraging signs are that countries around the world have already taken fiscal steps amounting to about $8 trillion, as well as massive monetary easing measures, according to Georgieva.

But she still called for the importance of “large, timely, targeted fiscal and financial sector measures” to shield affected people and companies, such as through tax deferrals, wage subsidies and the extension of unemployment insurance.

She also suggested that countries should not rush to ease containment measures for fear of seeing further damage to their economies, saying it is a “false dilemma” to argue that there is a “trade-off between saving lives and saving livelihoods.”

“Given this is a pandemic crisis, defeating the virus and defending people’s health are necessary for economic recovery,” she said.

Separately, U.S. Federal Reserve Chairman Jerome Powell said that the more people stay home and remain healthy, the sooner the virus will be brought under control and enable the economy to get back on track.

“We need to have a plan nationally for reopening the economy… We all want to avoid a false start where we partially reopen and that results in a spike in coronavirus cases, and then we have to go back again to square one,” he said at an online event hosted by a think tank in Washington. 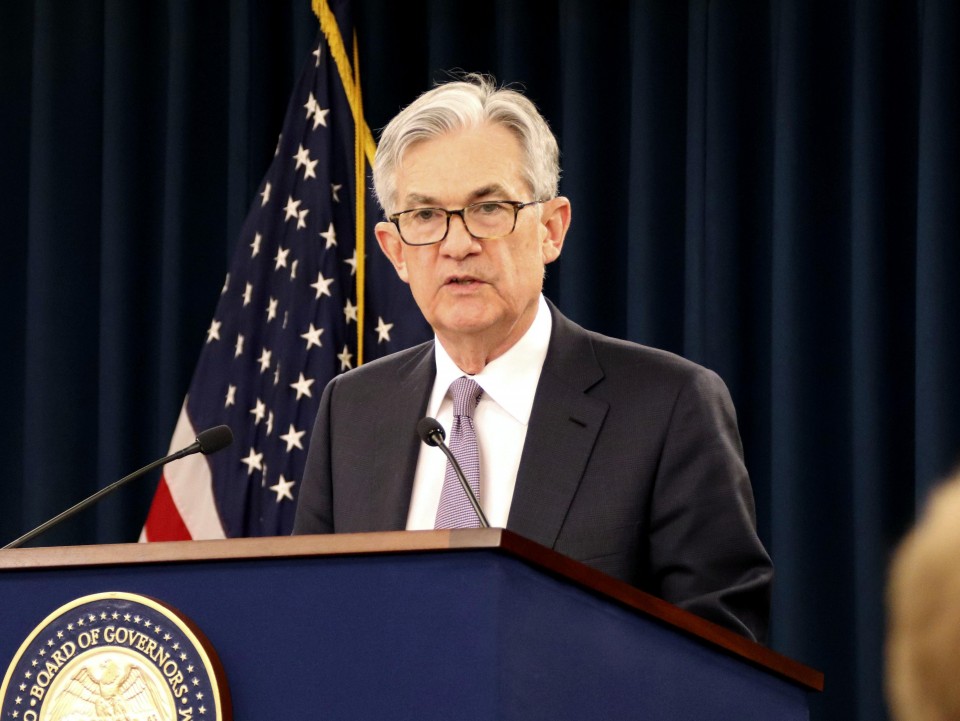 On the prospects of the U.S. economy, Powell said that the second quarter through June will be a “very weak one” but that once the virus runs its course and business opens, there will be a “fairly quick rebound.”

The Fed has been taking a series of emergency steps since March, including a rate-cut to near zero and the launch of a massive bond-buying program, to calm financial markets that have been roiled by the high uncertainty over the prospects of the global economy.

Powell said the Fed’s monetary policy is “just in the right place” and that its principal focus is on lending programs to make sure credit flows in the economy.

On Thursday, the U.S. central bank said it will provide up to $2.3 trillion in loans that will in part ensure credit flows to small and mid-sized businesses hit by the abrupt halt in economic activity.

BOJ lowers assessments of all 9 regional economies over coronavirus